An age-old question that has been asked and answered by people far and wide. Over time, our idea of what causes a person to have depression has changed a lot. Hundreds of years ago, the popular belief was that depression was caused by demons. With little knowledge into the workings of the brain, our ancestors tended to turn to otherworldly answers to everyday problems. Demonic possession seemed the most reasonable answer at the time.

The next theory was posited by Hippocrates around 500 BC and stuck around for a few thousand years after. He believed that depression was caused by an imbalance of bodily fluids. From blood to bile, any imbalance could cause mental duress according to Hippocrates.

The theory that followed was coined by famed neurologist Sigmund Freud in the 20th century. He believed that depression was caused by trauma and conflict in a person’s life. This led to the theory that negative personal beliefs were causing depressive thoughts.

The current theory that depression is caused by a chemical imbalance in the brain didn’t make its way into society until about fifty years ago. This belief says that a lack of the neurotransmitter called serotonin is what causes depression.

This newish knowledge has been widely accepted by medical communities around the world, and therefore advertised as fact. There is, however, a positive and negative side to this theory being known and accepted:

Positive: Those who struggle with depression now have a reason as to why they struggle. Having mental health problems with no known cause can be alarming. Depression often comes with a certain amount of blame, and this can increase if the individual believes they did something to cause their depression. But believing that it’s caused by genetic and neurological factors can take the blame off of the individual. This may, in turn, get people to seek help from medical professionals and consequently pharmaceuticals which often help the individual.

Negative: When presented with this knowledge, individuals who struggle with depression often feel powerless over their mental state. This makes them less likely to seek treatment through options other than medications, like talk therapy and residential treatment. This in turn lessens the person’s hope of recovery. The biogenetic assumption can also cause others to perceive persons with depression as more dangerous.

Hope is often the foundation upon which recovery is built on. Without it, the prospects of ever feeling better are dim.

A 2020 study by McLean Hospital shows just how deep the negative effects of blaming depression on biogenetics goes. They took 279 patients diagnosed with depression through a mental health recovery journey. This included many therapy sessions, both individual and group, with a large focus on retraining the person to use coping mechanisms to help in their recovery. They found that patients who thought depression was solely caused by chemical imbalances had more symptoms of depression at the end of the study than those who believed they had some control over what their mental state was.

This change in perspective should be carried throughout society. A person’s mental health can be a result of many factors outside of the brain. Social life, a person’s past experiences, trauma, how a person was raised, and even someone’s economic state can all be behind depression.

It brings up the argument of nature versus nurture. A person might be born with the probability that they later are diagnosed with depression, but factors of life are what most often make this probability a reality.

Combining genetic evaluation and targeted nutrition can clear the slate in your life so that you can experience a fresh start and have compassion for why you are the way you are. If your childhood was particularly traumatic or lonely and sad, it could have been from your genetic composition combined with your parental upbringing or events that were blown out of proportion by your altered brain chemistry.”

Dr. J. Dunn explains how her research was motivated because of her personal struggles to feel healthy. She had a case of mono when she was sixteen years old and suffered from lifelong depression. Since then she has battled chronic fatigue syndrome caused by the Epstein-Barr virus (EBV). Looking into the history of the virus she found that 90 percent or more people have antibodies to the virus and yet don’t necessarily have an issue with it for the rest of their lives. She was also looking for true answers to her own depression.  These were missing pieces in the puzzle of health, and she began her quest to search for why and how to fix them. She approached her research with a compassionate point of view, knowing that some types of behavior and health problems are caused by inherited biochemical imbalances and are not personal failings. Things such as:

Genetic testing can identify potential health problems and give you another tool to make informed decisions about managing your health care. Dr. J. Dunn explores how to obtain correct results and what to do with the results. She also talks about compassion for yourself and others when it comes to problems beyond our control. Her book – Genetic Compassion – will help you to understand how genes play a very important role in how we feel.

Discover how your genetics affect your emotional health and learn how to get your genetic report. 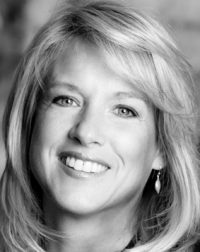 Dr. J Dunn, BS, DC, CWK  has been practicing natural medicine for over 30 years.  She is a Chiropractic Physician and certified in Functional Medicine. She began studying the connection between genetics and nutrition in 2013 when she stumbled across information about methylation, genetics, nutrition, and nutrigenomics that sparked her interest. She realized that this was the missing piece to understanding true underlying causes of disease. Her drive to understand true causes and her passion for helping those who are suffering from depression, anxiety and attention issues lead her to create the MyHappyGenes program.

Stress Is Viral So Stay Balanced!

The Human Genome Project and Your DNA

Why Do I Worry So Much?

The Genetics Behind your Risk of PTSD

What does Genetics Have to do With My Emotions?
We use cookies on our website to give you the most relevant experience by remembering your preferences and repeat visits. By clicking “Accept”, you consent to the use of ALL the cookies.
Do not sell my personal information.
Cookie SettingsAccept
Manage consent

This website uses cookies to improve your experience while you navigate through the website. Out of these, the cookies that are categorized as necessary are stored on your browser as they are essential for the working of basic functionalities of the website. We also use third-party cookies that help us analyze and understand how you use this website. These cookies will be stored in your browser only with your consent. You also have the option to opt-out of these cookies. But opting out of some of these cookies may affect your browsing experience.
Necessary Always Enabled
Necessary cookies are absolutely essential for the website to function properly. These cookies ensure basic functionalities and security features of the website, anonymously.
Functional
Functional cookies help to perform certain functionalities like sharing the content of the website on social media platforms, collect feedbacks, and other third-party features.
Performance
Performance cookies are used to understand and analyze the key performance indexes of the website which helps in delivering a better user experience for the visitors.
Analytics
Analytical cookies are used to understand how visitors interact with the website. These cookies help provide information on metrics the number of visitors, bounce rate, traffic source, etc.
Advertisement
Advertisement cookies are used to provide visitors with relevant ads and marketing campaigns. These cookies track visitors across websites and collect information to provide customized ads.
Others
Other uncategorized cookies are those that are being analyzed and have not been classified into a category as yet.
SAVE & ACCEPT
Tweet
Share
Share